Shining in the Darkness

Shining in the Darkness is a role playing game that came out in 1991 for the Mega Drive/Genesis console. It was one of the first RPGs released for the system and began the long-running Shining series. 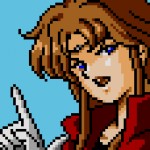 Shining in the Darkness is a role playing game that came out in 1991 for the Mega Drive/Genesis console. It was one of the first RPGs released for the system and began the long-running Shining series. This game is available on PS2, PSP, PC and it is also available on PS3 and 360 on Sonic’s Ultimate Genesis Collection along with other great gems from Genesis. 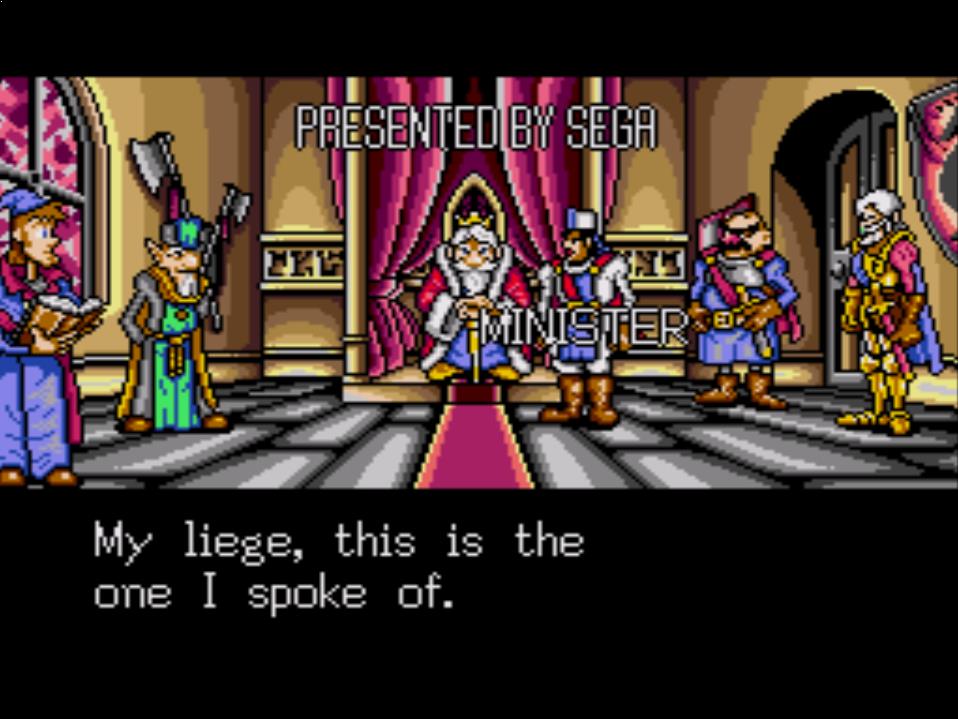 The game takes place in the Kingdom of Thornwood. Princess Jessa and the main character’s father, Sir Mortred, have vanished under mysterious circumstances while they were spending time in the local shrine. The evil sorcerer Dark Sol, not to be confused with the villain from Shining Force, is threatening the kingdom. You have been tasked to locate both the Princess and your father, locate the Arms of Light, and stop Dark Sol.

Upon the first venture into the labyrinth, you will face the first boss, Kaiserkrab. When defeated, the player will find it had a Royal Tiara in its possession. This proves that the Princess is indeed inside the labyrinth somewhere. It’s explained that the Labyrinth was once used as a training ground for knights. In order to enter deeper in the Labyrinth, the player must first face the four trials of Strength, Wisdom, Courage, and Truth. The Dwarf Key will be given in order to unlock the first trial in the Labyrinth.

The player is urged to create a team of heroes before starting the trials. Milo Brax, your priest, who is in the Shrine and Pyra Myst, your mage, who will be found outside the Tavern will join your journey. You will need to take some time to level them up as the trials are a nesting bed for tougher monsters. 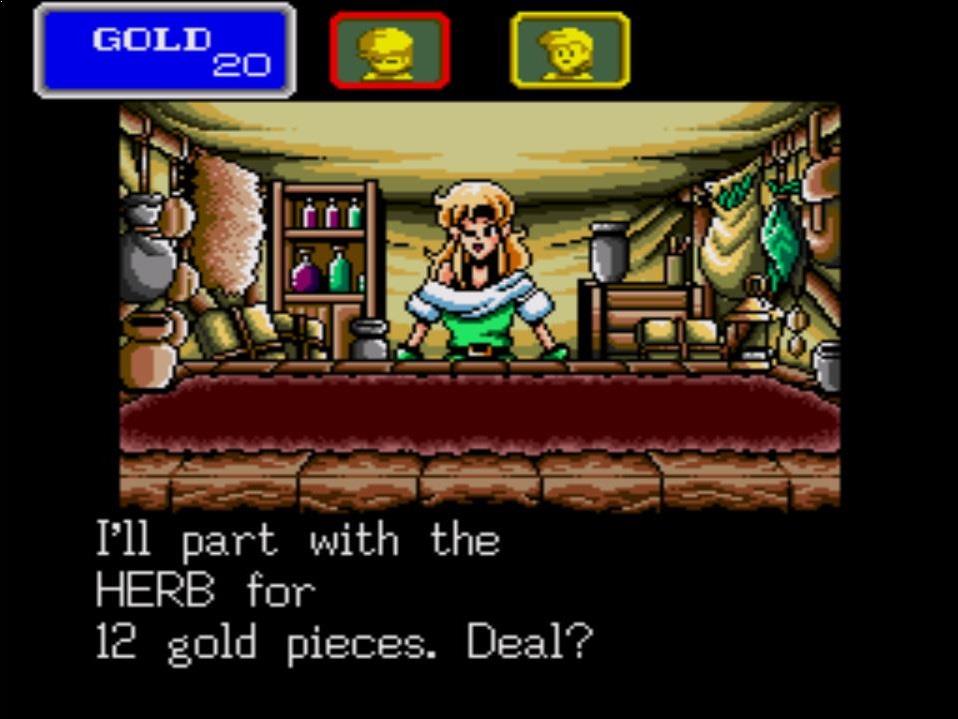 The object of the trials is to prove your worth and each trial will have a challenge that you will need to overcome along with a boss. The trial of Wisdom, for example, will have a gray-green moss that will take away your party’s MP and it is everywhere. Once you beat all four trials, the second portion of the labyrinth opens where the enemies are tougher, but the trials will have prepared you for the most part. Definitely, make sure you have an Angel Wing or two to heal at the Inn and stock up on items as well as upgrade weapons and armor.

The labyrinth contains three characters in need of rescue. Rescuing any or all of the three is optional, and the story changes whether or not the player locates and returns each of these characters to safety by returning to town. These three characters will randomly assist you in battle and will leave your party once you leave the labyrinth and return to town. However, you don’t need to worry about healing them as they will not be harmed in battle. 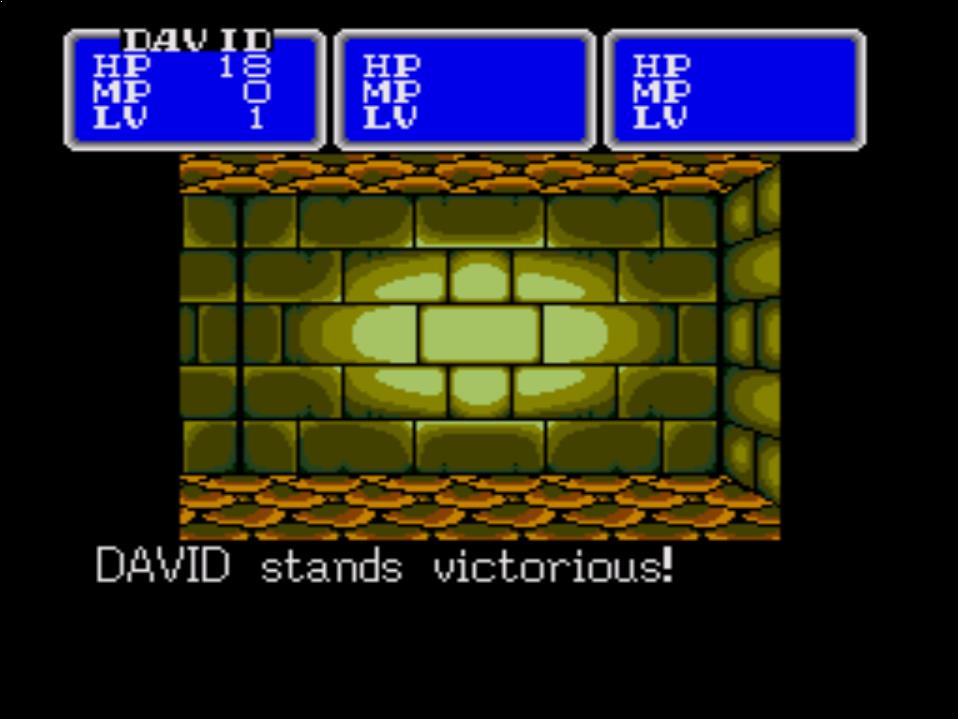 This game is like any other standard RPG where you need to grind so the enemies and bosses are being mowed down by the characters. In the case of death, it isn’t game over since their bodies are teleported to the priest who will resurrect the main character and you just pay for the other two characters to be resurrected like with any Shining game. What I recommend is just fighting until you gain a level or two and leave by using an Angel Wing which will teleport your party back to the map. This is a common item in the series and the main character will eventually learn Egress which has the same effect as an Angel Wing.

Your inventory is very limited as the character’s equipment takes up space. You’ll want to have healing items like Herbs and later on Healing Seeds, Antidotes, and so forth just to prepare for the journey ahead. I would advise keeping two spaces open per character for chests and items that drop from enemies as you explore. 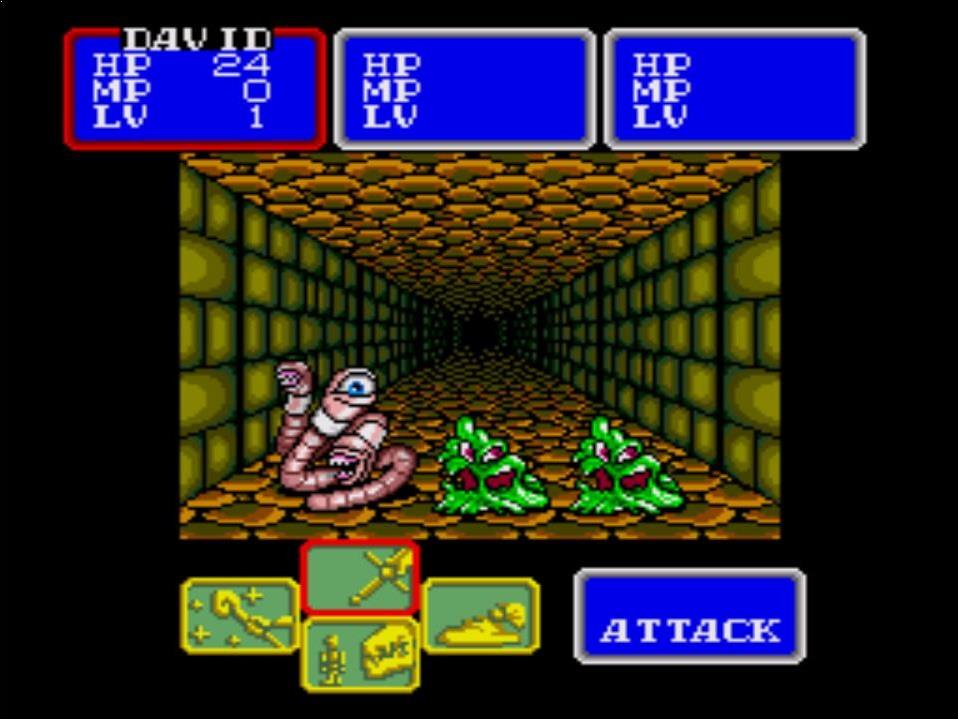 This game was my first adventure into Shining series and also one of my first RPGs for Genesis. I remember just diving into it and being engrossed by the sheer scope of it. It was so different from anything I had played in terms of a more developed story, characters with personality and the graphics were above anything I played for with the NES.

I enjoy the fact that it’s a traditional RPG and different from the other Shining games in the series going forward. I love that you were at your own pace in how you want to play and that’s it’s really easy to get into. I view it as a good starting point to RPGs along with Final Fantasy for the NES prior to later games in the libraries of Genesis and SNES.

And, I like that you don’t need to really have to play any other Shining games to get into this and it’s a fun stand-alone game as well. It does feature similar spells, items, armor and game mechanics to long time Shining fans. It even has the narrator which has become a tradition in most Shining games.

My issues with this game are minor and they don’t really prevent me from playing it over and over again.

Overall, I really enjoy this game. It’s not my favorite in the series, but, it really got me into the Shining series and also for deep exploration RPGs. I still remember where a good portion of everything is and I still grin like a kid when I see familiar monsters and characters. The same grin I had when I played it as a kid. I do recommend this game if you want to see the birth of the Shining series and the elements that have transcended from it.

The graphics were truly impressive when this game was made 1991. Everything from the towns, to the map and overall battles, may look too pixelated now but it still holds the charm of this game very well even to this day.

The music will hold familiar tunes for those who played Shining Force series though you will hear the same music over and over during battles and also for victory. The music does change as you explore different areas in the labyrinth. It is catchy but overall there’s little variety.

If you played a Shining Force game than the controls are the same and the same for any RPG game. They are easy to learn without any learning curve.

This is where the game really shines by making the battles much easier by having just the right amount of spells per character. The game never gives you anything more than what you actually need and it’s a welcome break to role-playing games.

The plot is really simple and there’s really not much to the story besides bit and pieces here and there.

One of the game’s key innovations was its introduction of an icon-based menu system, which is a trademark of the Shining series as well as in the Golden Sun series.

Like most RPGS, I beat this game within 60 hours. The game could be beaten within 40 hours, but, I took plenty of time to grind to get to decent levels to beat the last three bosses.

Although less interesting than Shining Force series, in the long run, Shining in the Darkness turns out to be a wonderful installment in the Shining series with a different take on what the series would eventually become. It is highly recommended to console role-playing fans and for those who want to see the start of the Shining franchise.

Personally, Shining in the Darkness really succeeds in making me feel like a young kid again playing games in my favorite era of gaming the 16 bit. This game has a anime style with the characters including the monsters and bosses that was before the start of anime becoming hugely popular in the west. And, it was unique to the Shining series and I feel it opened the doors for more of it in other games.